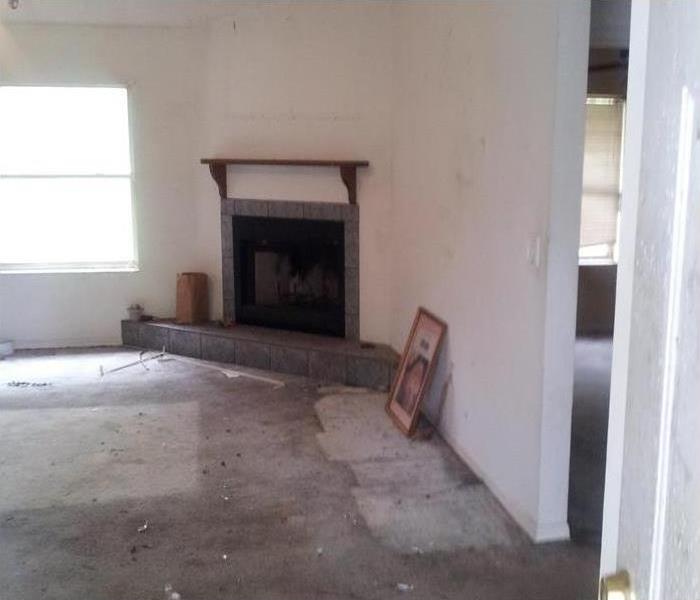 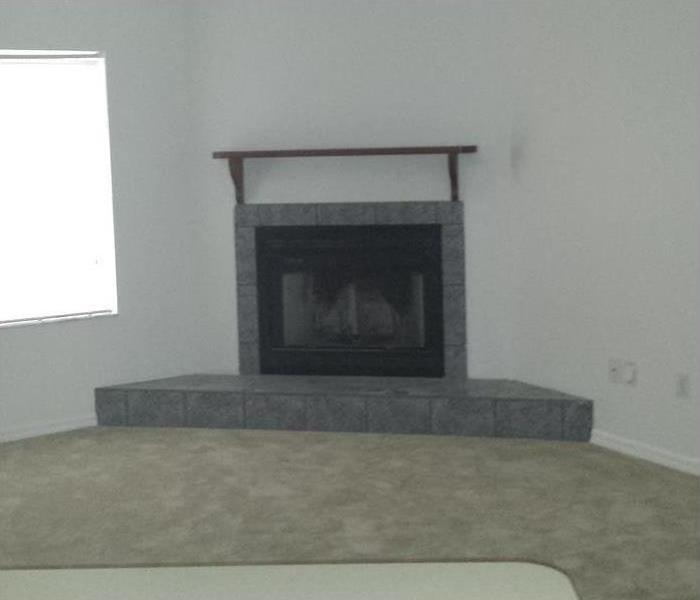 Storm damage at this Boynton Beach home occurred when high winds tore a section of roofing away from the house. Rainwater was allowed to run freely into the living room pictured above. SERVPRO of Boynton Beach was called in during the storm to place tarps on the roof and stem the flow of water into the house. When the storm subsided, we boarded up the roof and began the water cleanup process. The ceiling along with the carpeting and subfloor were saturated. We had to remove and dispose of the carpeting and padding in order to dry the subflooring. We used commercial air movers and dehumidifiers to aid in the drying process. We were able to restore the ceiling with drying while we had to replace the carpeting as shown above.

View More Before & After Photos