Why Does My Boynton Beach House Still Smell Like a Fire After I Cleaned It? 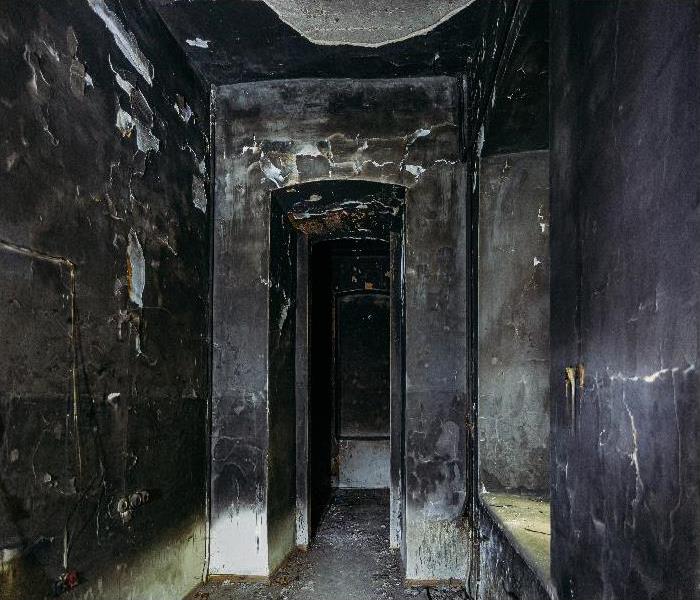 SERVPRO of Boynton Beach at (561) 413-9754 is ready to help local property owners with any size fire damage problem.

Even a small fire can leave behind strong odors in your Boynton Beach home. The reason is that odorous soot particles can become airborne and wind up in other areas of your home, including the ductwork, and since the range in size from tiny to microscopic, it is impossible to clean them away through sight alone. That is why it is vital to bring in a professional mitigation company to perform professional cleaning of the residues and address the odors.

The location of fire damage within a Boynton Beach home plays a role in the nature of the cleanup. Certain things that are the same across most fire loss restoration services are:
•    Containment to stop the spread of soot
•    The need for odor control
•    Removal of smoke damage

Garage-this area of the home frequently has severe loss due to the fact the fire spreads for a time before it gets caught and extinguished. Overloaded electrical outlets and improperly stored flammable items are typical reasons for fires in this area of the home. Commonly seen outcomes involve a good deal of charred building materials and contents loss that require removal.

Bathroom-one of the most typical reasons for a fire in a bathroom is an overloaded outlet causing an electrical fire. Controlled demolition actions may include removal of the vanity and fixtures, delaminated tile from the fire extinguishing efforts, and removal of smoke residues off surfaces. Soot has the potential to degrade chrome fixtures, so SERVPRO techs clean and wrap them for protection during the rest of the mitigation.

Kitchen-the number one area in a home where fires occur most often is in the kitchen. When a pan with grease catches on fire, making the mistake of throwing water on it causes the water to turn instantly into a vapor and, with it, spread the fire. When SERVPRO techs handle this type of cleanup, they often need to perform controlled demolition, particularly around the stove area where the fire started. The residues left behind can also be slightly different than in other rooms in the home. Protein fires leave a nearly invisible, fine mist that covers surfaces, and while it is difficult to see, it has a strong, pungent odor that remains until it gets neutralized through cleaning methods.

Bedroom-Three of the most common reasons for fires in the bedroom are:
•    Smoking in bed
•    Improper use of strip plugs or extension cords
•    Leaving candles unattended

When SERVPRO techs handle the cleanup of a fire loss in a bedroom, porous items with soot absorption are generally a loss. This often includes the mattress. Fortunately, if the bedding has no signs of charring but only smoke odors, it and washable clothing can get cleaned through the use of the Esporta Washing System. This can help save the homeowner from the cost of replacement for some items.

Attic-Electrical fires are among the most common reasons fires occur in attics. Once they start, the dust that tends to accumulate in this part of a home can fuel the flames and allow it to spread rapidly. When a fire loss occurs here, the result can be holes in the roof that require temporary measures to stop exposure to the elements as well as interior issues from the water used to extinguish the fire, such as sagging ceilings in the rooms below the attic.

No, matter where the fire loss happened in the home, it is crucial to remove the smoke odors before any repairs happen. The techs have access to a broad selection of odor control methods and equipment. For light applications, the simple use of time-release gel pellets works. When more potent post-fire odors require more robust treatment methods, the techs often apply a multi-layered approach, such as the use of hydroxyl generators to neutralize airborne particulate. Then the use of thermal fogging equipment works precisely like the hot air generated during a fire behaves; it forces its way into porous objects. It overtakes any odorous soot particles neutralizing them. In the case of walls that continue to have an odor after cleaning, the application of a sealant leaves a clean slate ready for priming and painting.

SERVPRO of Boynton Beach at (561) 413-9754 is ready to help local property owners with any size fire damage problem. The techs bring the latest equipment and advanced restoration methods to return the home to its preloss condition, “Like it never even happened.”