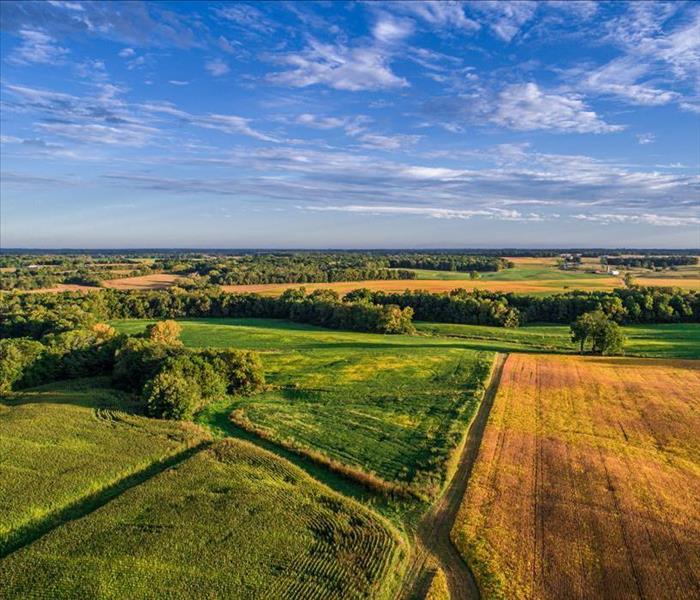 SERVPRO Technicians Ensure That Boynton Beach Properties Look and Feel “Like it never even happened.”

Boynton Beach is deeply entrenched in history and a modern-day paradise for tourists and locals alike. The city boasts a population of almost 80,000 based on 2019 data from the University of Florida. The settlement was initially founded during an 1894 land purchase by Civil War veteran Major Nathan Boynton after the railroad finished construction the same year. The town itself was officially founded in 1898 by Byrd and Fred Dewey and was later incorporated in 1920.

The first significant landmark in Boynton Beach was the Boynton Hotel, which from the late 1800s to the mid-1920s was a winter getaway for wealthy Northerners, including Michigander Nathan Boynton and his family. While the hotel has since been torn down, some traces of it remain.

Just north of the former hotel area, visitors can find the Boynton Beach Oceanfront Park, which features an exotic Brazilian walnut boardwalk that was implemented in 2011 to replace the recycled plastic installed in the 1990s.

Prominent people from Boynton Beach Include:

A History of the Boynton Beach Hotel

Boynton Beach’s iconic hotel was built at the behest of founder Nathan Boynton two years after his 500-acre land purchase. It was completed one year later, in 1897, by workers who primarily hailed from Michigan, Boynton’s home state. Most of these workers stayed to clear brush and farm crops, which helped establish what was, at that point, a community of fewer than 50 people.

The completed Boynton Beach Hotel featured enough room on the complex, which included several cottages, to house over 100 guests at a time. The only caveat was that traveling to the hotel posed some difficulty due to the lack of established roads in the area. With this in mind, Nathan Boynton had a shell rock road crafted known today as Ocean Avenue.

The Boynton Beach Hotel was a luxurious getaway for Northern tourists vacationing during the winter months that offered the following for guests:

The original hotel was torn down in 1925 to build a new and improved facility on the same grounds. These plans were ultimately derailed by the sudden end of the Florida land boom and a devastating hurricane the following year. Only two cottages remain from the original Boynton Beach Hotel, and the rest is now a private property.

A short distance west of Boynton Beach, tourists can find the most extensive collection of Native American ceremonial mounds in Palm Beach County. This mound cluster, located at the Agricultural Reserve, is home to a dozen mounds of various sizes, including a rectangular one over 20,000 square feet.

The three tribes closest to Palm Beach County were the Ais, the Tequesta, and the Jaega, the latter suspected to be the tribe that left these mounds behind. Carbon-14 dating traces the area back to as early as 600 BC. One unique feature of the mounds is that they are coated with sugar sand that does not appear native to the region.

In ancient times, southern Florida was not the most hospitable for settlement and agriculture due to the climate and topography, especially for indigenous Floridians. Their homes were often made of palmetto fronds. The Jaega tribe did very little farming and subsisted mostly on fishing, hunting, and foraging.

Historians suspect that the mounds were part of several encampments that where tribespeople lived and stored food. Another distinctive feature of the Jaega was their consumption of a highly-caffeinated ceremonial black tea made of Yaupon holly. It was given the nomenclature Ilex vomitoria by Europeans who tried it.

Unfortunately, by the eighteenth century, the Jaega people were ultimately displaced by enslavement and decimated by disease. The Seminole tribe, who originally hailed from Georgia, occupied the now-empty land in 1716.

What Can SERVPRO Do for a Water-Damaged Boynton Beach Home?

SERVPRO is among the premier water restoration companies Boynton Beach has to offer due to its community involvement, constant availability, and roster of highly-trained local technicians and staff. SERVPRO’s adherence to the Institute of Inspection Cleaning and Restoration Certification (IICRC) standards ensure a consistently high standard of cleanliness for structures and contents.

Water-damaged carpet requires additional care to prevent delamination or separation of carpeting from the pad underneath. SERVPRO technicians employ several techniques to treat carpet depending on the depth and extent of the damage:

If carpet delaminates, it is more cost-effective to replace than to repair. Fortunately, your local SERVPRO has extensive experience with reinstalling and reseaming carpets.

SERVPRO of Boynton Beach provides mitigation and restoration services that are Faster To Any Size Disaster when homeowners call (561) 413-9754.