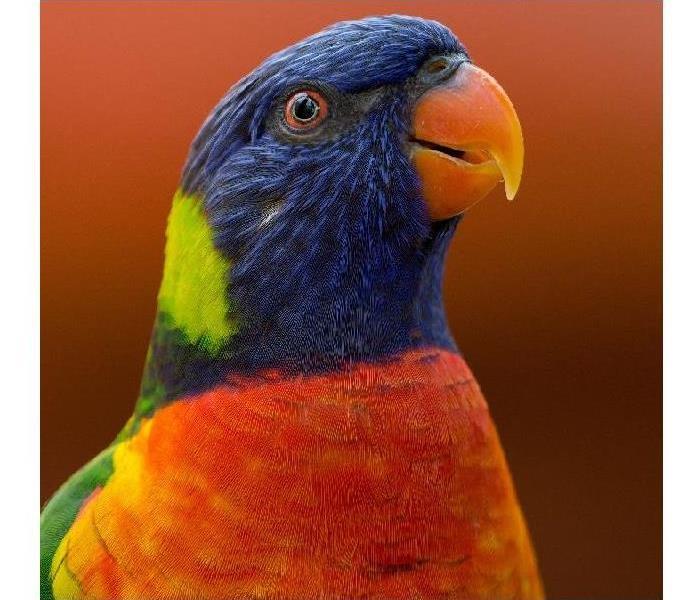 Fire damage is for the birds! Call SERVPRO for your fire damage restoration needs.

Boynton Beach bears the name of the founder Major Nathan S. Boynton, who visited the area in 1894 and was impressed by its year-round sunshine, which provided a perfect escape from his Port Huron hometown during winters. The natural splendor of the locale, with its pristine beaches, was another selling point for the area as a vacation location, prompting him to set up the Boynton Hotel, which served his family and other people seeking relaxation from biting winters elsewhere. Boynton also brought settlers from Michigan who loved the area because of the fertile land and favorable weather that supported large-scale production of vegetables and fruits such as tomatoes, pineapples, citrus, and mangoes. With the development of the Florida East Coast Railroad by Morris Flagler, the fruits and vegetables could be shipped by the ton, packed in crates to satiate the high demand all over the country.

The town underwent various changes in its formative stage. It was founded in 1898 when residents Byrd Spilman Dewey and her husband Fred filed the original plan at the Dade County courthouse. It was named Boynton town at that time and was incorporated in 1920. In 1931, part of the community broke away and used the name Boynton Beach. Later they changed the name of the breakaway area to Ocean Ridge, and Boynton town became Boynton Beach in 1941.

The area has thrived economically over the years for various reasons. In the early days, agriculture was the mainstay starting with the production of vegetables and fruits. The sandy soils along the coastal ridge favored pineapples. From the mid to late 1900s, dairy farming took over as the dominant economic activity since Boynton was the primary source of the milk consumed in Palm Beach County. The thriving dairy was partly due to the salty air that kept bothersome insects away from the cows. By 1970, dairy was deemed less profitable, so most of the land was converted to housing developments.

For an area whose first developments were sparked by its natural beauty, tourism is at the heart of most area activities. Several attractions provide perfect locations to visit or spend time. Some of the old attractions that made the area famous closed due to natural business attrition or other reasons. In some cases, alternative establishments have replaced the old ones, providing a few or many aspects that the old establishments offered.

Currently, Museum 66, located on High Ridge Road, can satiate some of the thirst car enthusiasts have since they display various rare muscle cars at the museum. There is a space for events and a classic pinball arcade that people can enjoy while visiting the premises.

People interested in exotic birds can visit Brenda's Birds, one of the largest bird stores in the south Florida area. The family-owned facility started operations in 1992. Apart from the variety of species at the facility, services such as adoption, rescue, and grooming are also available.

Housing market statistics reveal the compelling story of the city's development. For instance, over 60% of the standing houses in the area were constructed between 1970 and 1999. Only 20% of the homes were built after 2000 while 17% were built between 1940 and 1969. The most prevalent type of house is the single-family detached home since 40.8% of the city's homes fall in this category, while 36% are apartment complexes. Homes in the area feature various architectural styles, including:

How Do Fire Companies Help Boynton Beach Homeowners Take Care of Their Properties?

Various disasters can affect properties at any time. However, fire can wipe off homes, businesses, or historical monuments in an area such as Boynton Beach within a short time. Fire restoration companies such as SERVPRO help salvage valuable items and materials from the affected areas in the aftermath of a fire to restore properties to their preloss state.

Fire affects items differently, including depositing residues such as soot and ash on their surfaces, charring or burning them entirely. Salvage operations are possible when the damage is not significant. However, it might not be clear which items are damaged beyond repair from a general visit to a fire-damaged property. In some cases, such as when materials have wet smoke residues, it might be difficult to clean items even when there is no physical deterioration from flames or heat action. SERVPRO has IICRC certified fire restoration technicians who utilize various approaches to deal with the challenges, including:

With the assistance of professional fire restoration companies, it is possible to expedite restoration and reduce the cost of such undertakings.

SERVPRO of Boynton Beach is one of the premier fire restoration companies in Boynton Beach that responds promptly to distress calls after fire incidents. Call us at (561) 413-9754 whenever in need.